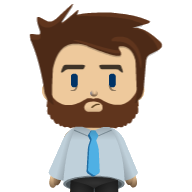 There are far more ordinary people (say, 80 percent) than extraordinary people (say, 20 percent); this is often characterized by the 80/20 principle, based on the observation made by the Italian economist Vilfredo Pareto in 1906 that 80% of land in Italy was owned by 20% of the population. A histogram of the data values for these phenomena would reveal a right-skewed or heavy-tailed distribution. How to map the data with the heavy-tailed distribution?

This vignette discusses the implementation of the “Head/tail breaks” style (Jiang (2013)) on the classIntervals function of the classInt package. A step-by-step example is presented in order to clarify the method. A case study using spData::afcon is also included, making use of other additional packages as sf.

The Head/tail breaks, sometimes referred as ht-index (Jiang and Yin (2013)), is a classification scheme introduced by Jiang (2013) in order to find groupings or hierarchy for data with a heavy-tailed distribution.

Heavy tailed distributions are commonly characterized by a power law, a lognormal or an exponential function. Nature, society, finance (Vasicek (2002)) and our daily lives are full of rare and extreme events, which are termed “black swan events” (Taleb (2008)). This line of thinking provides a good reason to reverse our thinking by focusing on low-frequency events. The method itself consists on a four-step process performed recursively until a stopping condition is satisfied. Given a vector of values \(v = (a_1, a_2, ..., a_n)\) the process can be described as follows:

It is important to note that, at the beginning of a new iteration, \(v\) is replaced by \(head\). The underlying hypothesis is to create partitions until the head and the tail are balanced in terms of distribution.So the stopping criteria is satisfied when the last head and the last tail are evenly balanced.

In terms of threshold, Jiang, Liu, and Jia (2013) set 40% as a good approximation, meaning that if the \(head\) contains more than 40% of the observations the distribution is not considered heavy-tailed.

The final breaks are the vector of consecutive \(\mu\):

A step-by-step example in R (for illustrative purposes) has been developed: As it can be seen, in each iteration the resulting head gradually loses the high-tail property, until the stopping condition is met.

The implementation in the classIntervals function should replicate the results:

As stated in Jiang (2013), the number of breaks is naturally determined, however the thr parameter could help to adjust the final number. A lower value on thr would provide less breaks while a larger thr would increase the number, if the underlying distribution follows the “far more small things than large things” principle. The method always returns at least one break, corresponding to mean(var).

Jiang (2013) states that "the new classification scheme is more natural than the natural breaks in finding the groupings or hierarchy for data with a heavy-tailed distribution." (p. 482), referring to Jenks’ natural breaks method. In this case study we would compare headtails vs. fisher, that is the alias for the Fisher-Jenks algorithm and it is always preferred to the jenks style (see ?classIntervals). For this example we will use the afcon dataset from spData package, plus some additional spatial information in order to create the data visualization.

Let’s have a look to the Top 10 values and the distribution of the variable totcon (index of total conflict 1966-78): The data shows that EG and SU data present a clear hierarchy over the rest of values. As per the histogram, we can confirm a heavy-tailed distribution and therefore the “far more small things than large things” principle.

As a testing proof, on top of headtails and fisher we would use also quantile to have a broader view on the different breaking styles. As quantile is a position-based metric, it doesn’t account for the magnitude of F(x) (hierarchy), so the breaks are solely defined by the position of x on the distribution.

Applying the three aforementioned methods to break the data: It is observed that the top three classes of headtails enclose 5 observations, whereas fisher includes 13 observations. In terms of classification, headtails breaks focuses more on extreme values. It can be observed that the distribution of headtails breaks is also heavy-tailed, and closer to the original distribution. On the other extreme, “quantile” provides a quasi-uniform distribution, ignoring the totcon hierarchy

In terms of data visualization, we compare here the final map using the techniques mentioned above. On this plotting exercise, a choropleth map would be created.

Additionally, a high-granularity choropleth map is created with a greater number of classes, in order to compare and contrast the actual grouping options against a more granular approach. As per the results, headtails seems to provide a better understanding of the most extreme values when the result is compared against the high-granularity plot. The quantile style, as expected, just provides a clustering without taking into account the real hierarchy. The fisher plot is in-between of these two interpretations.

It is also important to note that headtails and fisher reveal different information that can be useful depending of the context. While headtails highlights the outliers, it fails on providing a good clustering on the tail, while fisher seems to reflect better these patterns. This can be observed on the values of Western Africa and the Niger River Basin, where headtails doesn’t highlight any special cluster of conflicts, fisher suggests a potential cluster, aligned with the high-granularity plot. This can be confirmed on the histogram generated previously, where a concentration of totcon around 1,000 is visible.

Jiang, Bin, Xintao Liu, and Tao Jia. 2013. "Scaling of Geographic Space as a Universal Rule for Map Generalization." Annals of the Association of American Geographers 103 (4): 844–55. DOI.

Jiang, Bin, and Junjun Yin. 2013. "Ht-Index for Quantifying the Fractal or Scaling Structure of Geographic Features." Annals of the Association of American Geographers 104 (3): 530–40. DOI.